Peabody – It is with great sadness that the family of Mr. William G. (Bill, Billy) Walsh, announce his passing after a brief illness. He was the father of three beloved daughters: Joanne and Cheryl of Peabody, and Cindy (and her husband Thomas) Drozewski of Methuen. Beloved husband of the late Joanne (Jacques) of Salem, with whom he shared more than 50 years of marriage.
Born in 1932, Bill was a graduate of Peabody High, class of 49. He was the son of the late George and Winifred (Feeney) Walsh. A lifelong resident of Peabody, he had the unusual distinction of having lived in 3 houses on the same street. Bill was proud of the fact that he had worked since he was 5 (during the Depression) and had never quit.
Sadly, his father passed away when Bill was in high school and, as the oldest child still at home, he helped care for his mother and younger siblings. Trained in auto mechanics, he always worked weekends, including at Kernwood Marina, Wilson Square garage, repairing plows and go-karts. He was very proud to be a resident of Peabody, and as a young man can be seen in historic photos of Peabody helping to build the annual barrel bonfire. He somehow found time to be in the Navy Reserve, completing his training in Chicago, with weekend duty in Boston and New York.
Bill loved working so much that he only retired at the age of 70, with an almost 55-year record as a Teamster – without any accidents! He was in Locals 25 and 42, where he was a longtime steward. When the leather industry declined, it took a downtown Boston route for many years. Bill worked for Monroe & Arnold (M & A’s), Remis, Lippers, Interstate and Beacon Fast Freight for many years, finishing at ABF, where he was proud to have been one of 2 reliable drivers selected to open a new terminal . Bill loved driving, but also the people he met – and he knew everyone.
Bill has been a lifelong member of the St. Michael’s Society (St. Mike’s Club) in Peabody. In the 80s and 90s he was a member of the Peabody Elks (BPOE 1409). Bill was known as a kind man and was extremely generous with his time. He helped anyone who asked for anything.
Bill is recognized by parishioners at St. Thomas Church, where he was not only a communicant, but also an usher and collector for 60 years during Saturday mass at 4 p.m. After his “retirement” he also worked full-time in institutions and part-time as a volunteer until his Covid quarantine. He also worked as a delivery driver for Danversport Bakery for several years and part-time delivery driver for Curran’s Flowers. He enjoyed daily coffee with friends in the old bakery, then for years at McDonald’s on Endicott Street (followed by his daily trip to Market Basket). A Teamsters breakfast was rarely missed.
Bill’s daughters were thrilled to be able to enjoy many long weekends with him after his retirement. This was the first time Bill could enjoy the view as a passenger rather than through a windshield, and to the delight of his daughters, he developed a new favorite line: “Wow! Check this out! ! ” Together they visited places Bill had been to years earlier and he was able to tell tales of times he remembered in incredible detail and great tenderness.
In addition to his daughters, Bill leaves behind many cherished nephews and nieces, as well as countless friends and acquaintances. He was predeceased by all of his siblings and spouses: Virginia (and her husband William) Trask of Danvers, George (and his wife Rose) of Beverly, Shirley (and her husband Donald) Hatcher of Ipswich, Thomas (and his wife Phyllis) of Peabody, Donald of Atkinson, NH, and his sister-in-law Rita Deharo Cole of Beverly. He is survived by his sisters-in-law Shirley Jacques of South Hamilton, Rose Romanovitz of Peabody and Cecile Ward of Haverhill, and former sister-in-law Karen of Londonderry, NH.
Bill’s family would like to thank the staff at Winchester Hospital for their kindness and compassion. It was ironically that his family arranged a private service for him, as he had to attend thousands of vigils and funerals in his time for relatives, friends and neighbors, and parishioners. In lieu of flowers, the family is asking for donations to be made to the Alzheimer’s Association or St. Thomas / St. Saint John’s Church in Peabody. 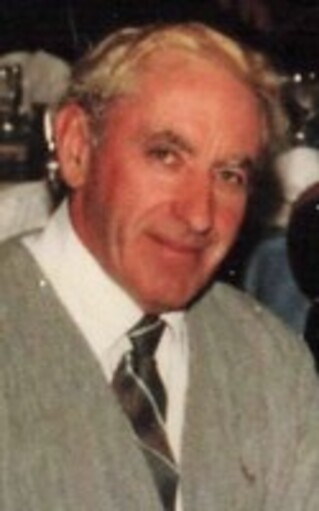